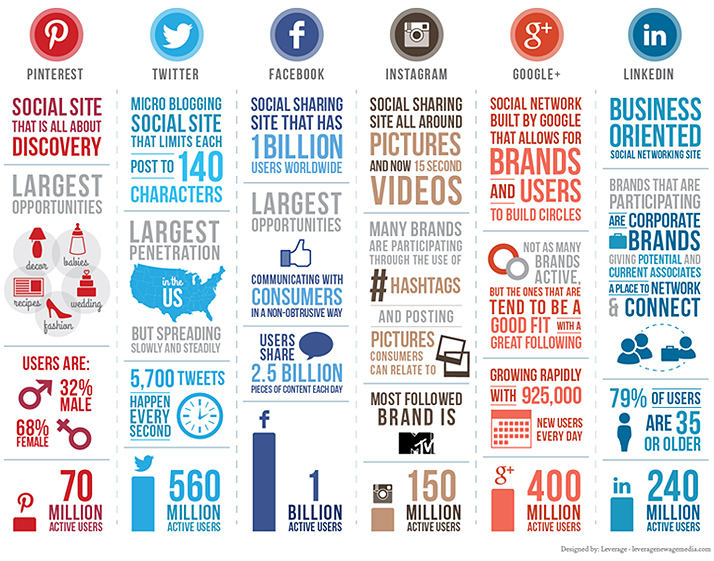 The latest social media breakdown by age has been published by comScore. Although this is US data, social media usage in the UK has a pretty similar profile.

Before you freak out when you look for your own social habits and realise that you have slipped into a higher age bracket, there’s a lot of interesting information and one big lesson to be found in this little chart.

The first thing to note is that the networks attract different people. This shouldn’t be news, but too many people still push out the same message across many social networks. It’s all just social isn’t it? Why would it be? Every media platform since the beginning of time has attracted different people, that’s why there are so many of them, we don’t all like the same stuff. Social is no different.

So where are the cool kids at? Honestly, they’re probably not even on this chart. They’re on a platform that we haven’t even heard of yet. Snapchat was launched in September 2011 and has about 30 million active users.

Facebook, Google+, Twitter and LinkedIn have a broadly similar distribution but it’s worth noting that their distribution is pretty even. It’s also worth keeping in mind that with Facebook, we’re talking huge numbers, so don’t think that all 18-24 year olds have ditched it, 16% of 1.2 billion is well worth talking to!

Instagram, Tumbler, Vine and particularly Snapchat have a younger profile and it will be interesting to see how this changes over the next few years. There’s big opportunities emerging in these networks as they move into paid advertising. But, will this dent the cool factor and cause people to move on?

Snapchat is the network that really stands out. If you’re over 34 and on Snapchat you really are in the minority. Having said that there are about 300,000 over 65s snapping and sharing away!

While we’re on the subject of the over 65’s, it’s worth noting that they don’t make up a huge chunk of users on any network. Their importance shouldn’t be overstated.

The big lesson however is that while all this is interesting stuff, it always comes down to effective targeting and getting your message right. You can’t expect a single approach to work across all networks, that isn’t realistic and a colossal waste of time and money! We all know the opportunity social provides but don’t get lazy and just shovel stuff out there. The basics still apply!